Difference between revisions of "Power Cartridge"

Power Cartridge by K.C.S. (Kolff Computer Supplies BV, Holland) became available in Europe in the middle of 1986. Several companies distributed the Power Cartridge in various countries in the PAL domain but it seems the cartridge never was sold in the USA. In Europe however it was available for over 6 years without any change. The Power Cartridge came without version number but used the year instead. The sprites at startup of the first version state "1985" which was before actual commercial release. KCS as a company moved on to Amiga but did a second production run of the cartridge about 4 years later which came with a slightly different hardware design. 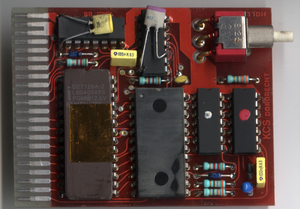