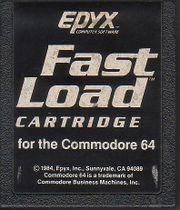 FastLoad(tm) by Epyx was released in 1984 and quickly became very popular in the USA. It supplies all basic functions and speed ups a user _really_ requires and is said to be quite compatible towards original software. Makes us wonder why there are several documentations found on adding an ON/OFF switch to the cartridge. Especially since there is a software option to disable the cartridge. FastLoad was designed by Scott Nelson who also did the Vorpal utility kit, loading and protection system for Epyx. A C128 version of the Epyx FastLoad is also available. www.retroport.de notes over 650.000 sold units without a source though. Would be interesting to know the origin of that number. 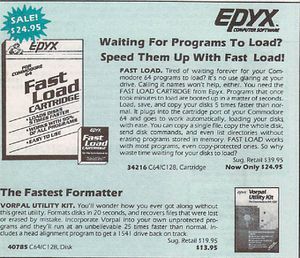 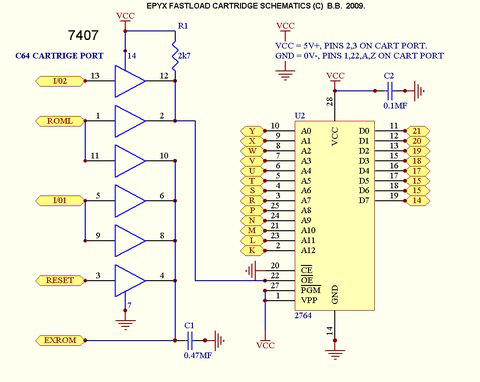 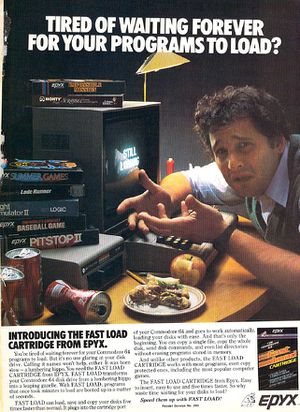 Thanks to Alard Eales (BitBlaster66) for the schematics!