ISEPIC (say "ice-pick") is an extraordinary hardware and software combination that is capable of copying virtually all memory-resident software regardless of the original protection scheme or storage medium are the first few words on the manual.

And for once you can believe in what that sentence stated in 1985. Freezing programs is the sole purpose ISEPIC was created for and it does it pretty well.

Commercially distributed by Starpoint Software in likely June 1985 it vanished very quickly again by the end of 1985. The manual has the name of the hard- and software designer written all over it and nowadays the website of Parallax Inc. has an article on their origins explaining how Charles 'Chip' Gracey started that company and what he did before:

These experiences quickly led to dismantling video game source code and household electronic hardware, and trying to use these devices for purposes other than originally intended. Hobby transformed into a business, and by the time he was a senior in high school Chip was running a small business called Innovative Software Engineering (ISE) from his bedroom. ISE made a software duplication hardware for the Commodore 64 computer called the ISEPIC (no relation to PICmicros). Within a year Chip sold 20,000 ISEPICs around the world, largely by word of mouth at local computer clubs and niche magazines.

Starpoint Software sold ISEPIC for just about six months and we are not sure how many units entered the world but it was enough to worry some people. The RAM-only cartridge came with monitor software (really worth a look!) and easened many tasks on a very basic level. Before actually breaking the currently frozen program it can be run again to see wether the saved snapshot would actually work. Since all operations are done on a disc ISEPICking is a very lengthy process and the common cycle of freeze, monitor inspect the memory, restart established with later cartridges was a real no-go.

Many real crackers regarded the use of a freezing cartridge as being lame but interestingly only one demo so far by FAIF (Federation against ISEPIC & Freeze Frame) was found. On the other hand several Anti-Isepic tools can be found which actually hide the fact that ISEPIC was used.

The following is shamelessly ripped from isepic.c from the VICE emulator. The text is likely written by Marco van den Heuvel: 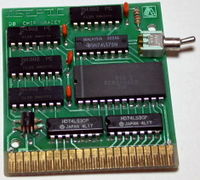 The system software offers to prepare storage disk which will soft format the disk in the drive and save an ISEPICked version of the system software to it. Choosing copy program will put the actual freeze routines to cartridge RAM, fill the C64 memory with a pattern and reset the computer. The program to be copied can be loaded now.

Flipping the switch (a few times you will be told) snapshots the memory and starts saving it to the storage disk. The frozen memory is saved to disk in four chunks of 16kb each (named PGM.0 to PGM.3). Color ram is saved to "PGM.C" and the register contents can be found inside "PGM.X". These 6 files are required to use operations such as run, edit and break program with the system software.

(TODO: Outline the memory fill routine. IseMON is detecting free bytes and shows them inverted by some obscure algorithm.)

Thanks to Acidchild for finding different versions and new programs for the list above! 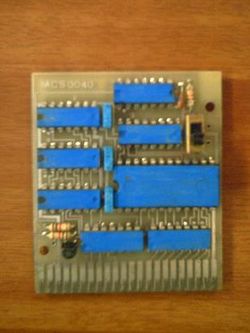 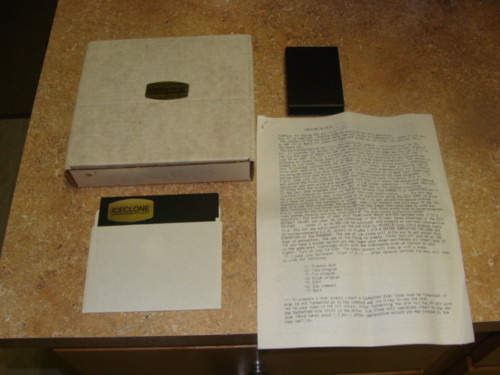