The Final Cartridge by its name and its successor, the very popular Final Cartridge III, are likely the second most spread cartridges or merely cartridge family after the Replay series. Final Cartridge was developed in Holland by H & P Comp (Home & Personal Computer) with the first versions hitting the market in the middle of 1985. They continued development and small updates were spread with new production runs as it appears. There were five different ROM versions of the Final Cartridge III until now for example. 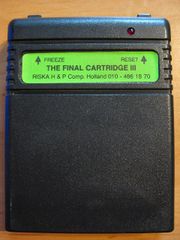 Versioning your cartridge is not that easy in this case. Checking the so far available screenshots to the right you will see that FC1 and FC2 use the same menu with just the scroller revealing a II. The FC+ went unemulated for a long time and is a pre-FC3 as a ROM dump by Markus Brenner approves. It is carrying the string "(C) SJATON80 FC3" on an otherwise empty and inaccessible eprom bank. FC1 through FC+ share much of the same hardware but the FC+ has a slightly different wiring leading to different behaviour. The overall payload of FC+ is 24kb put on a 32kb eprom while FC2 and below came with 16kb.

A larger update on the ROM size and hardware was done with the release of the Final Cartridge III (FC3) coming with 64kb of eprom content. Banking was simply not avoidable anymore. The FC+ was sold for just a short time and it appears that quite some code also made it into the FC3 in very little time but investigations are still pending on this issue. It would have made sense to rewrite parts of the cartridge at this point just taking over portions of the previous ROMs.

Some confusion could be added here but unless we found the correct ROM backing us up we will stick that into the Trivia section here.

The two versions of FC+ found so far contain a few changed routines but again no major function was added. FLOAD and TLOAD were introduced after FC2. Again: if you own this cartridge please run TFC FC1 FC2 FCplus ROM Dumper and pass the output file to us.

FC3+ v4.1 comes with instructions for changing the added tools. Have a look at the Final Cartridge III+ english Manual. It might have been easier to supply the release as .bin and .crt with .src files including binary chunks and sources for easier changes. However - a windows program to add own tools is now included in the bin package.

The 1541 Ultimate and quite a few other modern cartridges are emulating the Final Cartridge 3.

you skip to the downloads below consider having a closer look at the Final Cartridge category as it has quite a few more paper magazine reviews, adverts and photos you may miss otherwise.

finalplus.c explains the FC+ handling. A cartridge which caused some headache during implementation.

final3.c at the VICE project page explains the FC3 and FC3+ register:

While some of the above information is derived from the excellent AAY64 - FC3 I/O space and kernal vectors and FC3 I/O register - the VICE documentation is likely more correct. 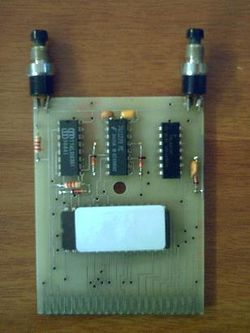 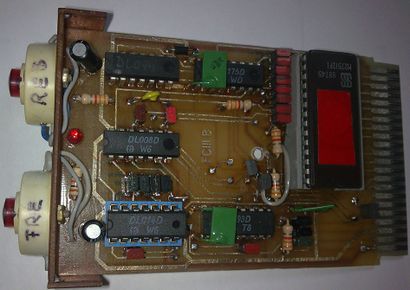 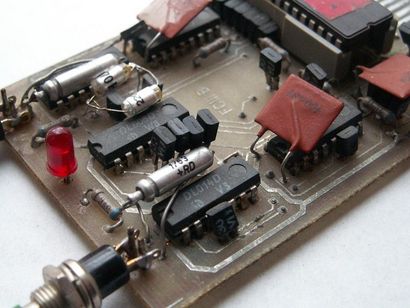