Exos was developed by J.Schemmel and released by the german paper magazine 64'er in the December issue of 1986. It was published as a ROM patch which copied the original C64 Kernal to $2000 and patched it there. The reader was supposed to use a monitor to save the new ROM then. The ROM is simply burned to an 8k eprom and added to the C64 using a kernal switching board then. Exos does not require a change on the drive ROM.

V-DOS by Völkner Electronic (order number 9716) was created by J.Schemmel as well and is said to be the same as the Rex Datentechnik cartridge release.

Thanks to Berry de Jager for the V-DOS 3 dump! 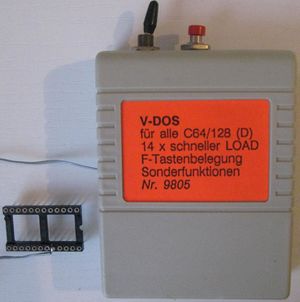 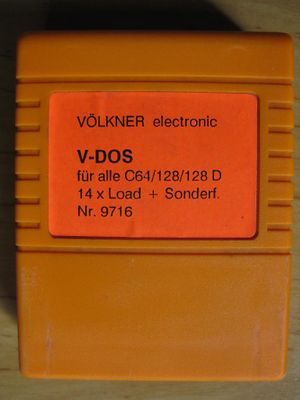